This question comes up in nearly every conversation about The Economist. Why don’t we have bylines? And will we ever change? It is one of those quaint eccentricities about us that people either love or hate, or love to hate, but at least they know about it.

(At the bottom of this post you get to vote whether we should have bylines. But just to be clear: this is meant as a bit of good fun. Nobody, as far as I know, is actually considering changing the policy.) 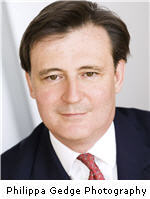 First, just a few examples of the way that this topic comes up. A couple of years ago, I introduced our editor-in-chief, John Micklethwait, and Orville Schell, then dean of Berkeley’s journalism school (where I was lecturing) for this conversation. (You can see Berkeley’s chancellor introducing me, then me introducing John and Orville, and then John and Orville chatting.)

At about minute 24 Orville gets the inevitable question from the audience. Why no bylines? And, Orville teases John, “I understand that there is a good bit of grousing” about it among the journalists. “They feel they don’t exist in a certain sense.”

John gives what I think is the best answer: “We haven’t done anything. We’ve kept the same, and everyone else has changed.” In other words, The Economist is 160+ years old, and back then anonymity was the norm. Then the industry went on a slightly disturbing path toward writer celebrity, and we simply chose not to participate.

But, John goes on, it is more than mere inertia: “Why do we keep it? Firstly, because it’s, I suppose, a brand. But it’s more than a marketing gimmick.” It also, he says, fits our method of collaborative writing. (This, I must say, strikes me as the weaker part of the answer, because most of my writing in the past eleven years has in fact been very individual, very “authorial”, and barely edited. And journalists at other magazines and newspapers also occasionally collaborate in their writing, despite having bylines.)

Orville and John then kid around, using, ahem, me as the guinea pig for their humor.

Another view is this one by Brad DeLong, an economist also at Berkeley. Greg Ip, a blogger and writer for the Wall Street Journal, had just quit both his blog and the Journal (and thus his personal brand) to join us at The Economist in chaste anonymity: “How could Greg Ip leave the WSJ for The Economist? I mean, he’s a brand – and the Economist doesn’t do brands, except its own. (And that it does exceedingly well.)” His commenters then vent on what they think about our policy.

Yet another instance: Here Bill Emmott, John’s predecessor as editor (and the man who hired me), tells an interviewer that

First, our vaunted anonymity has never been absolute. Yes, the vast majority of articles in The Economist have no byline. But there are exceptions.

These are huge essays of about 13,000 words around a specific topic, such as a country or an industry. In effect, they are small books. Whereas most other newspapers and magazines throw a team of reporters on these kinds of special sections, The Economist gives each report to one author. This is a great idea. That way, you get coherent, well-structured and individualistic reporting in great depth.

One thing that annoys me is that most readers don’t realize this. They think that the chapters in a Special Report are written by different people. And we don’t really help them with our layout. But we do hide a byline in each Special Report. Not doing so would simply be too cruel. A Special Report is its author’s baby.

So the author’s name shows up in what we call the “rubric” of the opening chapter. It looks like this:

Another exception concerns our sister publication, The World In [Year]. It’s an annual magazine, and the new one, The World in 2009, just came out. Here is my piece in it. As you see, it has my name at the top and at the bottom.

This is an interesting category of exceptions, because it is new. We have had audio interviews with the authors of Special Reports for a while, but in 2006, when I wrote this Special Report about the new media, we fittingly experimented with podcasts. Somewhat to our surprise, they became hugely popular, hitting the iTunes charts with almost no effort on our part.

The thing about audio and video, of course, is that these media are extremely intimate and extremely personal. There is absolutely nothing anonymous about them. You hear the author’s “voice,” literally. This did not go unnoted at the time. The door of anonymity was opened ajar by another inch.

When you send a letter to the editor, it gets forwarded to the author of the article in question. And I have, I believe, answered every single letter by email for the past eleven years. Like many of my colleagues, I sign my replies, so anybody who wishes to know who wrote a particular piece can simply write a letter and wait.

Ironically, the new-media revolution has had a contrary effect on these exchanges. A while ago we started allowing people to comment on our web site directly underneath our stories. There are still a lot of letters to the editor, but a lot of this traffic now seems to get diverted to the comments sections. And I do not bother to answer those.

As correspondents, we have always moderated panels at conferences and such. Each time we do, we are introduced by name and affiliation, and then the audience hears us talk. So they meet us.

Nowadays, several of us have also started personal blogs. Mine is the most recent example. Edward Lucas has for years had his blog about Eastern Europe and his book. Gideon Lichfield wrote a blog about Israel and Palestine while he was posted in the Middle East. Tom Standage has his site, as do all of us who write books.

I won’t tell you. But I will say this: When I joined The Economist in 1997, I loved the anonymity. I had no name, no personal brand, and I felt that from my first day my articles had the same chance of being on the cover as anybody else’s. I expend as much effort on a tiny “box” as on a huge Special Report.

Admittedly, during the past eleven years, there have been moments when I wished that my cumulative work might have given me a personal brand. Writers at the New Yorker eventually become known as writers. We don’t. Writing a book is one way out of that dilemma. That is not why I’m writing a book. Nonetheless, it is quite remarkable how many of us do.

The view that counts

Ultimately, what the writers think ought not to be the decisive criterion. Duh. It is the readers who matter. But this is where it gets really interesting. Anecdotally, I have found that most readers tell me that they would prefer to know the writer’s name. But I wonder whether they actually do. It is also possible that something might get lost along the way. Something je-ne-sais-quoi. There is only one way of finding out, but the problem is that this experiment would be hard to reverse. So, what do readers actually want?

Time for you to vote:

32 thoughts on “Why The Economist has no bylines”