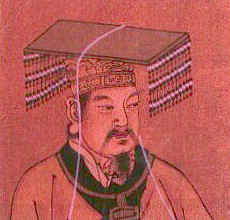 In ancient Taoist China, a well-off family would hire a doctor, pay him as long as everybody in the family was healthy, and stop paying him as soon as somebody got sick until that person was healthy again. This, as far as I know, was the last time that a society aligned the incentives in the healthcare industry properly.

By contrast, healthcare today is upside down: You don’t pay for the thing you want (health); you pay for service when the thing that you don’t want (sickness) comes around. Hypothetically, if you had two doctors, one Taoist and one modern, and if the Taoist were good enough at his job to keep you healthy, the modern doctor would not get paid at all!

I bring this up only as a little thought exercise to illustrate something important: Healthcare is not like other industries. If the product is muesli or ball bearings, it makes sense to talk about competitive markets and such. But if you’re dealing with an industry that is fundamentally upside down, you have to be careful about using trite concepts of economics.

Another way that healthcare is different: If there were large numbers of, for example, children in society that could not get muesli or ball bearings, we could live with it. After all, they can get corn flakes instead, and walk instead of using wheels. The “market failure” would not equate to a shameful indignity. By contrast, if children (and adults, for that matter) cannot get access to healthcare, it is a shameful indignity.

(Disclaimer: As with everything on The Hannibal Blog, the opinions in this post are mine and mine alone, and may or may not overlap with the views of my magazine, The Economist.)

I bring up healthcare only reluctantly in my ongoing ‘Freedom Lover’s Critique of America’. I’m not qualified to talk about it and it’s not my beat at The Economist. But I decided that it belongs into this series because America’s healthcare system is so different from those in all comparable countries, and because it has such a direct bearing on freedom.

That the system is dysfunctional is well known. I won’t rehearse the familiar list of failings (many uninsured; many underinsured, et cetera). Let me just point to a few features for the subsequent discussion:

Does this limit the freedom of individual Americans? Yes, and let me just give one concrete example. A free society is one in which people feel free to move and to change jobs, among other things. But a great many Americans are afraid to change or quit jobs, because their healthcare coverage is tied to an employer. So healthcare can become yet another of the shackles that makes serfs out of many Americans.

More generally, the system’s dysfunction limits freedom because it robs so many Americans of dignity. And dignity is a prerequisite for freedom. Thomas Jefferson could write “life, liberty and the pursuit of happiness” only because he lived in a relatively innocent age, the Enlightenment. A more mature constitution of liberty, such as West Germany’s after the Holocaust, begins with

Die Würde des Menschen ist unantastbar–The dignity of each human being is untouchable.

So yes, healthcare belongs into any debate about whether a country can claim to be free or not. Now let’s figure out what sort of problem healthcare poses, in general and in America.

What kind of problem is healthcare?

When the ancient Chinese paid Taoist doctors to keep them healthy, healthcare was a cost of living, comparable to food and shelter. When we turned it around and paid doctors for managing our sickness, healthcare became an insurance problem.

And there are two traditions of modern insurance:

In 1688, rich toffs started hanging out in Edward Lloyd’s coffee house in London, near where the ships came in and maritime gossip spread. They began betting on which ships would make it to port with their cargo and which might sink. They called it ‘insurance’. It was really a higher form of gambling, with huge profits when the bets went well and huge losses when they went bad. This is the origin of the Anglo-Saxon view of insurance: as a profit-business.

In Switzerland, going back to I-don’t-know-when, villagers got together to share risk. You might say they “collectivized” it, but don’t think that they were socialists. They were freely volunteering to pool their individual risks because they noticed something that we now call

the Law of Large Numbers

Say that a Swiss village had 1,000 houses. The villagers knew from historical record that, on average, one house would burn down every year. That house’s family would be devastated. Let’s put their loss at SF1,000 to make the math simple. The other families would suffer no loss at all, but they could not tolerate the indignity of letting one family suffer and lived in fear that they might themselves be next.

So they agreed, in free assembly, to pony up SF1 each for a SF1,000 fund. The SF1,000 then went to the one family whose house burnt down to make it whole.

What had they done? They had exchanged a

small but certain one.

They were able to do this thanks to the Law of Large Numbers, which says that an unpredictable risk becomes highly predictable when it is pooled with large numbers of similar, but unrelated, risks.

The Law does not work if the individual risks are correlated. The Great Fire of London in 1666 (below) happened because all of London’s thatched houses stood so close together that they were in fact one big house from the point of view of a flame.

The Law also does not work if adverse selection spoils the risk pool. For instance, say that some of the Swiss villagers had opted out of the pool because they had stone houses. Only those families with highly flammable houses would have entered the pool, but that would mean that the 1-in-a-1,000 ratio no longer applied (it would be much higher).

The Law also does not work if moral hazard changes the way people behave once they get insurance. If some villagers get the idea that, since they are now “covered”, they might as well set their houses afire, the system breaks down.

And where does healthcare fit in?

The prerequisite is that everybody in the pool must participate to avoid adverse selection.This, however, would require a mandate for the majority to coerce a few unwilling individuals, and that is something that (real) liberals do not like. But many liberals (and the Swiss are freedom lovers!) make this sacrifice because they understand that it is necessary: Dignity mandates that we look after the sick even if they have opted out of participating, so some people would become free riders.

There are two simple ways to get everybody into one risk pool subject to the Law of Large Numbers:

The first leads to a British or Canadian-style single-payer system. (Important: Notice that the government need only manage the funding of the care, not the care itself.) Since everybody is covered, there need be no paperwork for patients. I still remember when I was visiting Britain as a teenager with a soccer team and woke up unable to move my neck one day. I dragged myself to the street, got a taxi to a hospital, and, although I was not British, got fantastic care without signing a single piece of paper.

The second leads to a system of competing insurance carriers. This is fine, although there is one problem: What if you pay premiums to one insurer while you’re young, but then you switch to another insurer when you’re old? That would be adverse selection again (for the second insurer). But in a competitive system, patients would move in both directions, and might cancel one another out. Even so, there is slightly more paperwork for patients, since the care provider needs to reclaim the money from any of several insurers.

Notice that, either way, the economic burden is the same: Every citizen pays, whether through taxes or premiums, the same amount to participate in the risk pool.

And now, the American way: A bit of everything, mixed together and stirred. If you’re a veteran, you participate in huge risk pool. If you’re old (Medicaid) or poor (Medicaid), you participate in other risk pools. If you buy your own insurance, you can carry your coverage around, but you are paying much higher premiums because the insurer assumes adverse selection. If you’re employed, your company arranges coverage, but only as long as you work for it. If you are none of the above, you have no coverage and go to the emergency room when you’re sick, thus leaving the provider to hike everybody else’s costs to compensate for you.

Paper, paper, paper. No law of large numbers for society as a whole. Fragmentation. Confrontation between patient and insurer. Nightmare.

And if Obama goes on to do just the “politically feasible” thing–which, in America, is to add more “options” and complexity–it will get worse.

8 thoughts on “Sick and unfree in America”