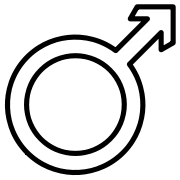 The elephant in the room whenever you’re discussing stuff and clutter is sex.

(That’s sex as in gender, although our style guide at The Economist urges us to use gender only for words and sex for people. So the gender of ein Mädchen is neuter, whereas her sex is female.)

I believe we can stipulate that:

women need and keep and hoard, and cannot let go of, stuff much more than men do

Is this controversial? It shouldn’t be. It’s mostly women I’ve talked to who have said as much. If you go into a random house and count things, the odds are that “hers” outnumber “his” (although that need not apply to total weight or size, of course). It’s women who agonize over getting rid of things, not men.

(To pre-empt a Larry Summers situation, this is the time to remind everybody that I’m making a statement about averages and statistical dispersion. Of course, there are individual men who keep more stuff than individual women.)

So the question is: Why?

9 thoughts on “Stuff and sex: It’s a female thing”