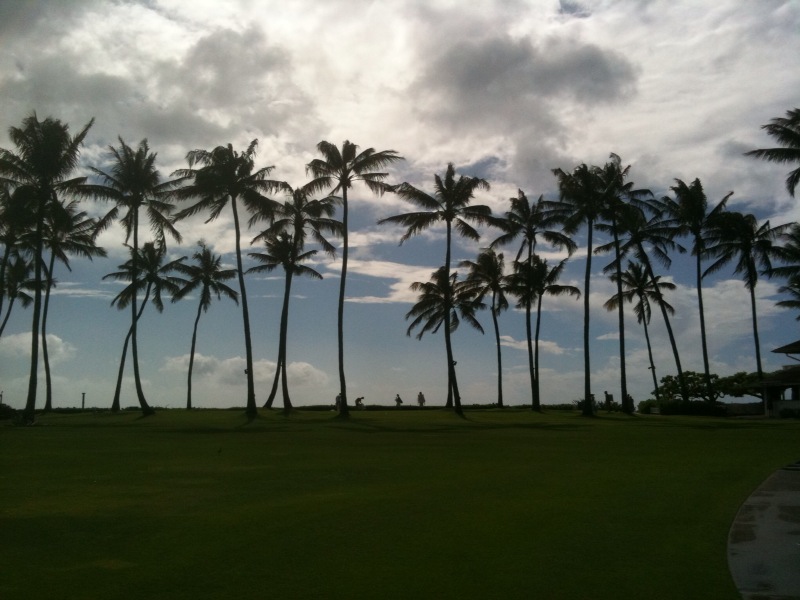 By the way, if The Hannibal Blog‘s intellect has seemed to you a bit less incisive than usual in the past week, it’s because its author is on holiday. Really on holiday, for the first time in two years or so.

(Lately, I’ve taken “vacations” mainly to write my book, so they were not “real”.)

A German word comes to mind:

It’s one of those words that have no direct translation. Er- is a syllable that can mean re-; holen means bring. So Erholen means something like bring back. It contains re-juvenation, re-laxation, re-generation and a few other re’s.

Usually, I restrict myself to an average of 30 minutes a day on this blog (writing and/or answering comments). But during this vacation I’ve cut that to 15 minutes a day, giving my wee’uns dibs on my time (or just staring at palms trees, which have a magical effect on me.)

My mind has become temporarily empty, as during deep sleep or coma. I choose to assume that this is prologue to a sort of rapid-eye-movement response as I re-emerge, and then to energetic, take-no-prisoners mental ferocity. 😉

37 thoughts on “The author’s mind during Erholung”