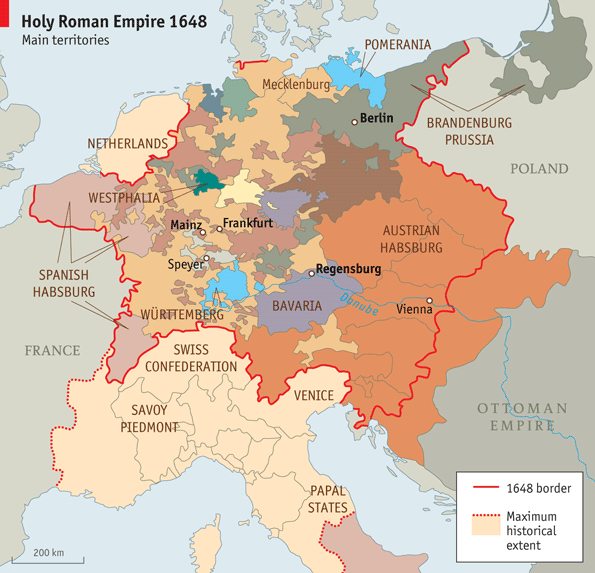 In our double issue for the Christmas holidays, I’ve once again let my hair down and indulged myself with a cheeky but (hopefully) not silly historical comparison. This time:

Looking over my past Christmas Specials, it strikes me that I seem to default to one of two categories:

Anyway, study this beautiful map we made. As you know, I’m a map geek.

And then get a glass of some Malbec-Cabernet mixture and ponder whether you think I was right to draw some analogies to the Holy Roman Empire. Would love to know what you think.

PS: Sorry for having been a lazy blogger these past months. For those of you who want to follow my ongoing weekly story output, I’ve started tweeting my articles. The Twitter feed also appears here, in the right side bar.

Which is, of course, quite a capitulation, worthy of your ridicule, for one who long took pride in being a brave Twitter hold-out. 😉

42 thoughts on “The EU & the Holy Roman Empire”