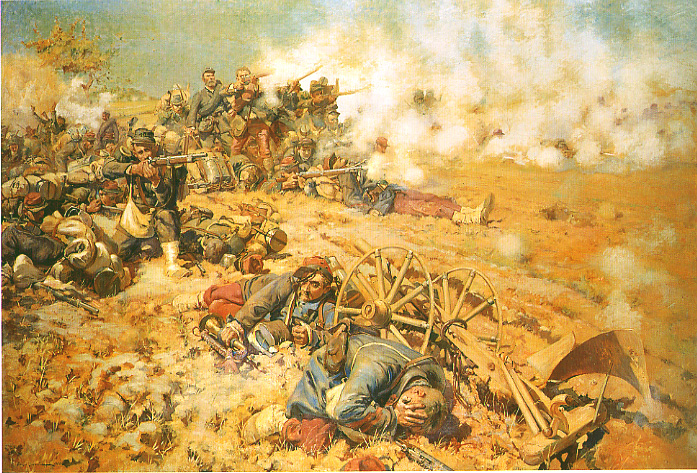 Nietzsche turned 26 as the Franco-Prussian war was raging (above). He saw this bloodshed as a failure of culture. So he started thinking more deeply about culture and its most fundamental mandate: dealing with human violence. And he arrived at some very interesting insights.

He did this by weaving together two strands of his thinking:

This is a great example of the benefits of cross-fertilization between areas of expertise. That’s because Nietzsche was not yet what we would call a philosopher. Instead he was, by training and profession, a philologist, which at that time in Europe basically meant a classicist — somebody who studies antiquity, which in turn mainly meant studying the Greeks.

Nietzsche absolutely adored the Greeks of the classical era (as we do here on The Hannibal Blog). He believed that they were the first to elevate humanity by transcending violence. Here is how.

(This is based on pages 139-141 of Julian Young’s excellent philosophical biography of Nietzsche, which I am currently reading.) 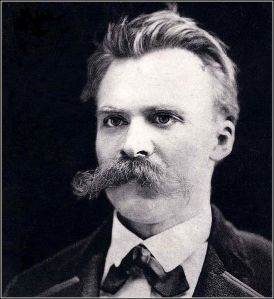 First, according to Nietzsche, the Greeks were honest about the human instinct to violence, and that’s a great start.

The Greeks knew that they were just as capable of violence as the barbarians. (Just read Homer’s account of Achilles’ wrath, or Thucydides’s account of the rape of Melos.) So they accepted that violence was simply part of human nature. The question was what to do about that knowledge.

Pause here for a moment:

In Nietzsche’s own time, this was already a radical interpretation. First, European academe (of which he was part) basically viewed the Greeks as serene and enlightened über-thinkers, as beyond violence. And second, European society (of which he was also part, at least at the outset) had adopted a Christian morality (which Nietzsche would later in his life set out to debunk) that considered violence sinful and tried to eliminate or even deny it. So Nietzsche was already being politically incorrect.

b) Our contemporary context

While no longer politically incorrect, this view is still controversial today.  Which is to say that we are still arguing about whether we are at heart peaceful, like our cousins the bonobos, or violent, like our other cousins the chimps. (Video via Dan.)

In any case, the Greeks recognized the chimps in us humans, but then went a crucial step further.

That step was to redirect and sublimate whatever violent energy there is in humans.

Rather than denying or suppressing human aggression (what Nietzsche would later call the “will to power”), the Greeks purified it through the filter of culture.

The result was agon — strife or, better, competition. That’s agon as in agonize, agony, protagonist and antagonist, et cetera.

Classical Greece was perhaps the most agonistic — meaning competitive — civilization in world history, surpassing even modern America. Everything was a competition:

Agon pervaded every single aspect of Greek culture. It was the nasty goddess of strife, Eris, reincarnated as “good Eris”. Bad Eris had started the Trojan War. But Good Eris, according to Hesiod,

drives even the unskilled man to work: and if someone who lacks property sees someone else who is rich, he likewise hurries off to sow and plant… Even potters harbor grudges against potters, carpenters against carpenters, beggars envy beggars and minstrels envy minstrels.

You can choose to see infinite parallels in our own time and lives. For example, culture succeeds when Good Eris enters a courtroom in an adversarial justice system such as America’s. Culture fails when Bad Eris takes her place.

In the name of peace, may humanity study the Greeks and learn to ‘agonize.’