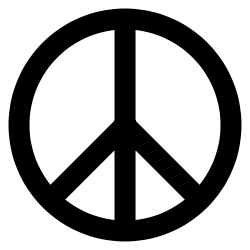 So-and-so “won the peace,” my wife says to me. We say that often to each other. It has become part of our private spousal language, a shortcut to an expansive world of meaning. The context? Life, and success of the genuine, authentic, meaningful sort.

When I introduced Carl von Clausewitz as part of a little mini-series on strategy, I explicitly said that, in my forthcoming book and on this blog, I’m only using war as primal metaphor for the rest of life.

But Success, capitalized, tends to be about being clear about what matters, about the ends you are ultimately pursuing in life, and then using little successes only as means. Means and ends. In short, it is about strategy as taught by Clausewitz. Those who Succeed in Life “won the peace”.