I find it forever fascinating how utterly clueless we (Homo Sapiens) are, about almost anything. A different sort of person marvels at how much we know, but I marvel at how little we know.

Which sort of person you are, I find, depends on how curious you are–ie, how easily satisfied that you know enough about something, anything. To oversimplify for the sake of some easy labels, the first sort might be called intellectual, the second practical. Every joke you’ve ever heard about intellectuals applies to me.

The most boring branch of college philosophy, as I recall hazily, is epistemology, the logos of episteme, ie knowledge. You read and write endless stupid essays on whether we really know that the chair we’re sitting on is a chair, whether we can be sure that we are not brains in a vat, and so forth. Able-bodied twenty-year-olds tune out and go to the keg party, as I did.

But there are infinitely more interesting questions to ask, and they get more fascinating with age. Today I want to give you a sample of just three. They have two things in common: 1) the practical types are likely to roll their eyes because, you see, the answer is too obvious to merit the question, and 2) nobody who does ask the question, least of all the experts, has the foggiest notion of what the answer might be. 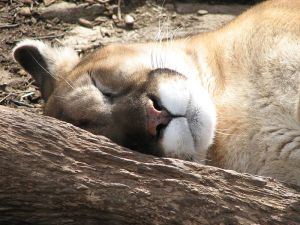 The practical person says ‘Make sure you get enough of it.’ Thank you, and I do. I’m really good at it, or I was until I had children.

But what is it we’re getting ‘enough’ of? With food, it’s easy to tell. Chemical energy goes in, changes shape into bodily functions and waste. But with sleep, it’s a mystery.

Some animals do it standing up, others lying down, some for minutes a day, others for months on end. All of us go through different phases in our sleep and we should probably have different names for each phase. We can measure some brain waves and chart them. We can follow people who don’t sleep enough and observe their immune systems and reaction times and such. We can, in short, describe what sleep does to us.

But can we say what it is? I’ve been asking some neurologists lately, and the answer is No. You can answer with semantic layers (“rest”, eg), but each layer leaves you more frustrated. We just don’t know. If we find out, that might be one of the greatest breakthroughs in human consciousness ever.

2) What is an electron/photon?

I love this example because it illustrates how we soothe our ignorance with labels. First we called “them” (we were/are not sure whether they are separate things or aspects of the same thing) waves. Waves, of course, are something we think we understand because we’ve skipped stones in ponds and all that. And somebody discovered that if you shoot electrons/photons through two slits, this happens: 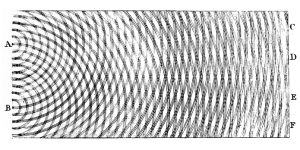 A wave pattern, in other words. Aha.

Then somebody else discovered that when you shoot electrons at a metal plate, photons are knocked out, like this:

Particles, in other words. Aha.

And so we have the answer: “wave-particle duality“. It is Orwellian in its beauty. Rather than admit that we don’t know what it is (a “bundle” of energy? A “quantum”?) we take two things we know and mix them together with a hyphen.

This example goes far beyond electrons and photons, by the way. We follow this approach with all subatomic particles–ie, we bash them together, see another flying off, and instantly … name it. Bosons, muons, leptons. My favorites are the quarks which can be (and I kid you not) up, down, top, bottom, charmed or strange. Those guys in the hadron colliders have a great sense of humor.

I actually found myself in the amusing situation once of teaching (to a class of journalism students) a lecture on this question. What you do, in case it ever happens to you, is that you say you don’t know, but at a high intellectual level, for two hours.

Again, the practical person says ‘I know it when it’s in my bank account’, or describes things that money does.

It does three things, by the way: It acts as a

Great. We can describe other aspects of it. It has velocity. It has a multiplier effect. And so on.

But what is it? It is not cowry shells, although it once was. It is not gold or silver, although it once was (and still is in many names for money, such as Geld or argent). But even though the queen promises to pay me x pounds of sterling, she would not actually give me any metal if I showed up at Buckingham Palace. Other times money is cigarettes (post-war Germany) or sex (ditto). Often it is just paper (above). But almost all of the time, nowadays, it is just debits and credits on a computer screen. (!)

The key moment for me occurred when I was talking to an economist about this, and finally he said:

you have to understand that all this money isn’t actually … there.

He meant it can go pouff if people don’t believe it’s there (see: etymology of credit). It can reappear when people believe it might be there.

And that may be the appropriate note to leave this post on, in the second year of our Great Recession. Everything you lost was … faith-based to begin with.