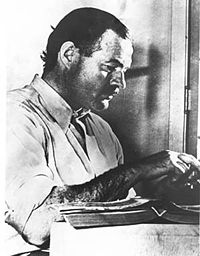 Good between the lines

I don’t normally write dialogue in my day job at The Economist. Nor is dialogue a major part of my forthcoming book. But it is a small part of it, which is to say that I’ve inserted precisely one single dialogue between Hannibal and someone else that is not actually in the ancient sources (ie: Livy, Polybius, Cornelius Nepos, Appian, etc). This was necessary, as you guys will eventually see when I start blogging parts of the book.

It should sound the way an actual conversation would sound, between real people, and between the specific people in their specific context in that particular dialogue. Not corny but meaningful, not overpolished but not sloppy.

In my first draft, the particular dialogue I am talking about was one of the weaker parts of the chapter it appears in. And that’s OK. I knew it at the time.

In this second draft that I am working on right now, I think I finally hit the sweet spot.

How? It helped that I practiced.

I wasn’t even aware that I was practicing when I wrote down–essentially transcribed–the conversation I had that night in a taxi cab when things went a bit wrong.

But then Cheri said in the comments that the dialogue reminded her of Hemingway’s A Clean Well-lighted Place. That was charitable of her, and it is not necessary to take her compliment too literally. But it did make me go and read that dialogue by Hemingway, and to my delight I think I understood what Cheri meant: There was a certain sparse, masculine, between-the-lines, staccato tone to the whole thing. It sounded the way a real dialogue between men sounds. Dialogues between women are very different.

And so I was able to transfer, not the content, but the tone of that dialogue into my second draft. It works. And so this is yet another way in which my dabbling in blogging has helped my craft as a writer.