I’m reading Wolf Hall by Hilary Mantel right now. It’s a historical novel about the efforts by Henry VIII of England and Anne Boleyn to annul Henry’s marriage to Catherine of Aragon, his first wife, so that he and Anne could marry instead and–so it was hoped–produce male heirs.

The rest, you might say, is history. What stood in Henry and Anne’s way was the Catholic Church, ie the pope, so Henry had to “fire” the church and start a new one, the Church of England, whence sprang Anglicanism and its offshoot, Episcopalianism.

The new marriage, however, was not, ahem, ideal and Henry went on to have a few more wives, while Anne, and an awful lot of other people, lost their heads.

In short, it is a fantastic topic, a fantastic story! The sort I love, because it is simultaneously:

So by being important and riveting, Mantel’s topic is exactly like the events that I chose as the main storyline in my own forthcoming book, ie the Punic Wars that led to the rise of Rome and the fall of Carthage. And this is one reason why I chose to read Wolf Hall. I wanted to see Mantel’s storytelling.

The other reason is that the book won the Man Booker Prize, one of the most prestigious awards in the English-speaking world. I distrust prizes, but at the same time they do promise to make our lives easier by pre-winnowing some of the wheat from the chaff. Others have taken their cue from the prize and are heaping more praise. So I started reading.

I’m half-way through the book now, at page 200-and-something, and boy, is it hard work.

I read, I get confused, I go a few pages back to see if I missed something, discover that I did not, struggle on, get tired, fall asleep, try again the next day. 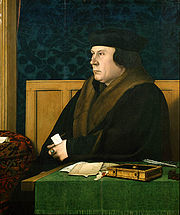 Here are the problems, as I see them: 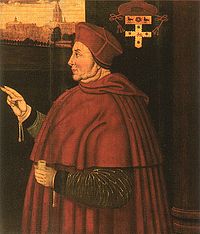 So I took time out and resorted to … Wikipedia. Yes, I did. I spent a good hour last night reading all the main characters’ entries, as well as brushing up on why, say, the Archbishop of York had less power than the Archbishop of Canterbury or who the heck a “Lord Chancellor” was again, and other matters that Mantel does not deign to make clear.

Hilary: Is that what you want your readers to do–go to… Wikipedia????

As it happens, it worked and Wikipedia did give me the context I need. But what an indictment of Mantel’s storytelling technique. The whole premise of books like this is that you get the history and the humanity, the importance and the drama, at the same time.

Hilary, you seem to be too busy being ‘literary’–with complex points of view, revisionist interpretations and what not–to hold me by the hand. You were supposed to make it easy for me. You did not.

23 thoughts on “Tudor sex and beheadings made complicated”