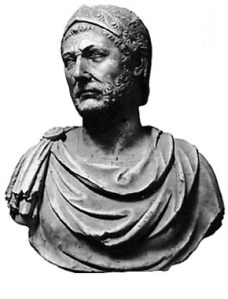 Don Antonio Soulard, the Spanish surveyor general of what much later became Missouri, seems to be my kind of man.

I would never have heard of him but for Jim Markovitch, a reader of The Hannibal Blog who gets this week’s fist bump for some ad hoc investigative work while driving around Missouri.

As Jim discovered here and here, Don Antonio journeyed up the Mississippi some time around 1800 and, like so many classically educated types in those days, admired the people who also happen to be the main characters in my book: 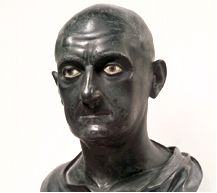 Hannibal (above left),
Fabius (above right) and
Scipio (left).

So Don Antonio named bodies of water after his heroes:

– the Fabius River (still named that).

And there is of course Carthage, MO, reachable in 5 hours, 34 minutes from Hannibal, according to Jim’s iPhone screen directions. Had Hannibal only had an iPhone when he crossed the Alps!