Friedrich Nietzsche not only loved Greek art and culture per se but he was also, as we discussed the other day, always searching for timeless lessons from the Greeks to help us understand modernity and ourselves.

He found one such lesson in an apparent duality that ran through all of Greek art: the tension between two gods who were also two archetypes and half-brothers: Apollo and Dionysus.

Think of them as a Greek Yin and Yang.

Apollo, the god of the sun and wisdom, as well as poetry and music, would be the equivalent of the Chinese yang (ie, the bright, masculine sun).

Dionysus, the god of wine, intoxication, ecstasy, passion and instinct, would be the equivalent of the Chinese yin (ie, the dark, feminine moon).

Obviously, I am stretching that analogy, so don’t get too wound up about it. If you prefer, you can think of them in our contemporary pop-psychology terms of left brain (Apollo) and right brain (Dionysus). 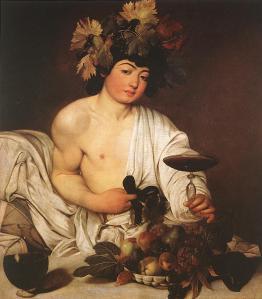 So why should this duality be so interesting, for the Greeks or for us?

From Homer to John Wayne: The Apollonian

Nietzsche saw in these two archetypes two approaches to art, and indeed life.

Homer, for example, followed his Apollonian instinct in writing the Iliad and Odyssey in the 8th century BCE. How so? Because he glorified the war against Troy and the subsequent nostos (homecoming) of Odysseus. He made these stories beautiful, as Apollo was. He gave the Greeks and us role models.

He made the Greeks proud to be Greeks, proud to descend from whichever hero in the long catalogue of ships they traced their lineage to. He made them aware of their individuality, of the structures of society, of its fundamental order to which, after intervening episodes of wrath (see: Achilles), everything must return.

Julian Young in his biography of Nietzsche compares this to, for example, our Westerns (the ones with John Wayne more than those with Clint Eastwood). There, too, you see people dying, but they die in a stylized, Homeric way: The bullet hits and they tumble from their horses, looking good as they do so. They are our heroes, beyond the sordidness of reality.

Young gives another modern example: women’s magazines. Those are full of celebrities (our goddesses?) with their tales of disease, divorce, death and drugs. The subtext is ugly, and yet it is presented to us as glamour.

Nietzsche calls this being “superficial out of profundity.” Apollonian art does not censor facts (such as death) but perspectives. It involves a certain amount of self-deception, but it is uplifting. It deifies everything human, whether good or bad. And so it is, yes, religion.

From Sophocles to the rock concert: The Dionysian

By contrast, Aeschylus and Sophocles (but not Euripides, see below) followed their Dionysian instincts in the tragedies they created the fifth century BCE. This might have been expected: Those tragedies were, after all, performed once a year at the festival of Dionysus.

Dionysian art is about the abandonment of order, or ecstasy (ex-stasis = standing out of everyday consciousness). It transcends words or concepts. This is why it tends to involve visuals and music.

Music was in fact an important part of Sophocles’ and Aeschylus’ tragedies (we just don’t know how it sounded, what a pity!). Apparently, the audience sang along with the chorus and became one with it.

The individuals there would have become hypnotized by the sound (rather as yogis feel a certain ‘vibe’ when chanting Om with others). In fact, they would have, as one says, lost themselves in the crowd. They would have stopped feeling separate and individual, Athenian or Greek. They would have had (Freud’s) oceanic feeling.

Young compares this to our rock concerts or raves, to our football and soccer stadiums. Dionysian art is a trance and a trip, usually good, sometimes bad.

It is, in contrast to some Apollonian art, apolitical and devoid of any message. The Athenians participating in Sophocles’ tragedies stopped caring about worldly affairs. They became almost apathetic.

This was the only way they could bear to see their heroes — those same Apollonian heroes — torn down and devastated, knowing that they themselves might meet the same fate, understanding that reality was sordid, that it was primal and dark, and that it demanded to be accepted in that way. And they found a beauty in that feeling, too. So it, too, was a form of religion.

From Socrates to Princess Diana: What Nietzsche decried

Nietzsche loved both the Apollonian and the Dionysian, understanding that, like yin and yang, neither can ever be denied.

Why? Because Socrates represented, to Nietzsche, the religion of reason — not Apollonian wisdom but cold, methodical logic. In that sense, Nietzsche believed that Socrates “killed” Attic tragedy and Homeric poetry, and the playwright who represented that trend (to Nietzsche) was Euripides, the youngest of the three great tragedians.

Our own age, Nietzsche might say, is “Socratic” in the sense of scientific and myth-less, neither Apollonian nor Dionysian. Because we can’t act out these two instincts, we instead cobble together what Young calls “myth fragments”. We don’t release urges, as the Greeks did, but instead look for thrills, for sex and drugs and trips. We sky- and scuba-dive, we get a new app.

We worship neither Dionysus or Apollo but idols like Princess Diana. How appropriate, since Diana was the Roman Artemis, sister of Apollo. 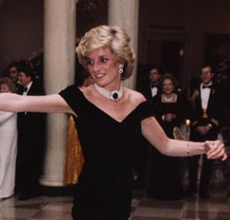 95 thoughts on “Somewhere between Apollo & Dionysus”