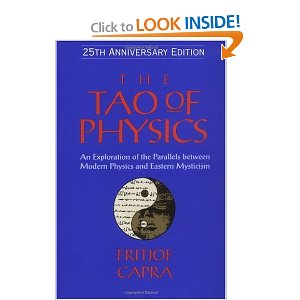 That modern science is somehow “catching up” with Eastern philosophy (logos uniting with mythos, as it were) is an old idea.

At least 25 years old, if you date it to Fritjof Capra’s The Tao of Physics, a good book then which could be even better if written now.

In my mind, this convergence redounds to, rather than detracts from, both science and Eastern philosophy. (It does, however, make the “Western”, ie monotheistic, religions look ever more outdated.)

I will state the premise thus:

The millennia-old traditions of India and China express in metaphorical language concepts that we are today corroborating in scientific language. 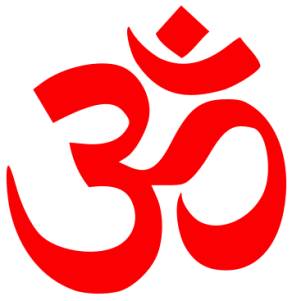 (Zen, for example is thus included, for it is basically the Japanese form of the Chinese version of the Indian tradition of Buddhism.)

This premise yields a rich genre of research and inquiry. Here are three examples: 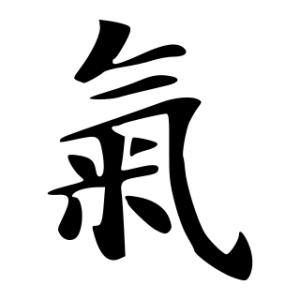 A dear friend of mine is a successful Western doctor who is now also certified in Chinese medicine. In our conversations, we spend lots of our time “translating” Eastern concepts such as qi (prana in Sanskrit) into “Western” medical vocabulary.

Usually the medical vocabulary is less beautiful and less elegant but also less threatening to people in the Western mainstream, and hence useful. Qi, for example, is simply the (measurable) bioelectric energy in our bodies.

Once translated, seemingly occult claims by Eastern medicine offer themselves much more readily to scientific experimentation. The needles in acupuncture, for instance, are nothing but tiny antennas, which can receive, re-transmit and amplify electro-magnetic vibrations — in other words, qi. We should be able to measure this.

Ditto for the chakras. I’ve written before about how the chakras correspond to Western psychological concepts such as those of Abe Maslow. But in essence, they are simply the swirls of bioelectric energy you get in the ganglia along our spine where many nerves (ie, many little antennas) converge. Again, we should be able to measure and observe them.

2) The monkey mind of misery

You might recall that I awarded the prize of “greatest thinker” in world history to Patanjali, a contemporary of the Buddha in India and the author of the Yoga Sutras. His insight was that happiness, balance and unity (= yoga, loosely) are products of only one thing:

The rest of the Yoga Sutras are, in effect, an analysis of how things go wrong when our minds wander, and a manual of how to return the mind to stillness. (That’s all Yoga is, really.)

The opposite of a still mind is often depicted as a monkey mind in Eastern tradition. It makes us miserable.

Now two boffins at Harvard — Matthew Killingsworth and Daniel Gilbert — have developed an ingenious experiment using (what else?) an iPhone app.

(Thank you to Mr Crotchety for forwarding their article in Science Magazine.)

The app, at random moments, asks people questions such as:

The huge sample of data shows, as Killingsworth and Gilbert put it, that

Specifically, our minds (ie, the minds beings sampled) wandered about half the time (46.9%). And it did not matter what people were doing at the time! If they were doing pleasant things, their minds wandered just as much, and not necessarily to pleasant thoughts.

And Patanjali said all that in the second sentence. 😉

(However, there is a fascinating twist — a benefit of mind-wandering — that touches on a subject dear to my heart: creativity. I’ll save that for a separate post.)

3) The cosmic parade of ants

In Indian tradition, there was not just one Big Bang. There have been infinitely many. That’s because the universe is born, expands, collapses and is reborn in an eternal cycle.

But these three are all part of the same underlying reality (Brahman). Metaphorically, Brahman is inhaling and exhaling, and each breath is its own spacetime, as Einstein might put it.

Because this is hard to grasp, even gods need reminding of it. Hence, for instance, the story of Indra and the Parade of Ants. 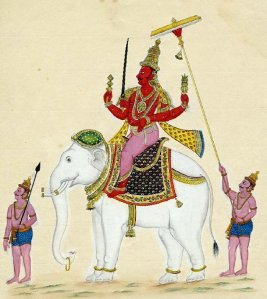 Indra was haughty and summoned a great architect to build a splendid palace. He kept adding requirements so that the architect was never done. Brahma (ie, also Vishnu and Shiva) decided to teach Indra a little lesson and appeared to him as a boy.

Indra: What do you mean, “no Indra”? There were other Indras?

Boy: Oh yes. When twenty-eight Indras have come and gone, only one day and night of Brahma has passed.

And just then, an endless parade of ants filed in and through the palace. Each one, said the boy, was once an Indra.

Our science currently tells us that our universe started (in earth time) 14 billion years ago. But now I read that Roger Penrose, a famous British mathematician, and V. G. Gurzadyan, a physicist, have found patterns in the microwave radiation generated by the Big Bang which suggest that

our universe may “be but one aeon in a (perhaps unending) succession of such aeons.” What we think of as our “universe” may simply be one link in a chain of universes, each beginning with a big bang and ending in a way that sends detectable gravitational waves into the next universe.

28 thoughts on “Patanjali in a lab coat”