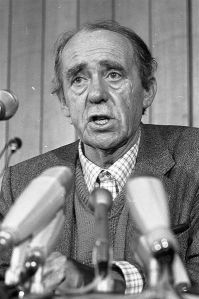 Let’s have a few minutes of fun tracing the genealogy of a story to illustrate the concept of archetypes — the Jungian idea that we tell each other the same timeless stories again and again, in infinitely many variations.

On pages 140-142 of Hannibal and Me, I tell two versions of a short story. (This is the very end of the chapter called Tactics and Strategy in Life, which is about the fiendish difficulty of telling ends from means in life and the consequences of getting it wrong, as I hinted in this post for the Harvard Business Review.)

So I end the chapter with this:

A few years ago, one of those chain-letter emails landed in my inbox. It told the story of a fisherman who was lying in the warm afternoon sun on a beautiful beach, with his pole propped up and his line cast out into the water. An energetic businessman walked by.

“You aren’t going to catch many fish that way,” said the businessman to the fisherman. “You should work harder.”

The fisherman looked up and good-naturedly asked, “And what would I get for that?”

The businessman replied that he would catch more fish, sell them for more money, save the surplus, and invest in a boat and nets, which would let him catch even more fish.

Again the fisherman asked, “And what would I get for that?”

Somewhat impatiently, the businessman explained that he could then reinvest the even greater surplus and buy more boats and hire staff, becoming a small business and catching ever more fish.

Again the fisherman asked, “And what would I get for that?”

Now the businessman lost it. “Don’t you understand that you can become so rich that you never have to work for a living again? You could spend the rest of your days sitting on this beach, just enjoying this sunset!”

The fisherman’s eyes lit up. “And what do you think I’m doing right now?”

In the chapter, I then go on to tell another, and much, much older version of that story, which I’ll repeat in a minute. But here is what my cousin Bettina realized the other day as she was reading the above passage in my book: The story I was retelling from a chain email in fact derives from a short story by Heinrich Böll, the Nobel-Prize winning giant of postwar German literature.

I love that sardonic mock-bureaucratic tone. It translates into something like:

Anecdote for the Diminishment of the Work Ethic

Here is the German text, very simply and beautifully written. The Wikipedia page tells me that

The story, with its several adaptions, has been circulated widely on the Internet, and has been quoted in many books and scholarly papers. In one of the most popular versions, the tourist is an American (an MBA from Harvard in some versions), and the fisherman is Mexican.

Clearly, Böll’s story has a timeless kernel. So where might Böll himself have gotten the idea? (And by the way, he may not have realized where he got it, for we usually do not recall what influenced our ideas.)

Well, I think he got it from a story written about 2000 years ago about events more than 300 years before that. The author was Plutarch. The story was about Pyrrhus, the one who gave us “Pyrrhic Victories“. 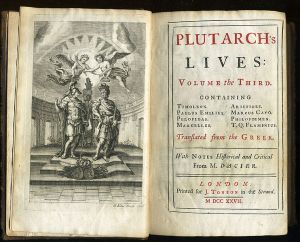 You can compare it to the original here. But on page 141 of my book, I retell it this way (with anything in quotation marks directly sourced from Plutarch):

Pyrrhus was making preparations to invade Italy and attack Rome when Cineas struck up a conversation.

“The Romans, sir, are reported to be great warriors,” said Cineas. “If God permits us to overcome them, how should we use our victory?”

“But that’s obvious,” said Pyrrhus. “We will be ‘masters of all Italy’ with all its wealth.”

“And having subdued Italy, what shall we do next?” asked Cineas.

“Sicily,” replied Pyrrhus without missing a beat. “A wealthy and populous island, and easy to be gained.”

“But will the possession of Sicily put an end to the war?” asked Cineas.

“God grant us victory and success in that,” answered Pyrrhus, “and we will use these as forerunners of greater things; who could forbear from Libya and Carthage then within reach?” Once we have those, will anybody anywhere “dare to make further resistance?”

“None,” replied Cineas, which leaves us to “make an absolute conquest of Greece. And when all these are in our power, what shall we do then?”

Pyrrhus smiled and said, “We will live at our ease, my dear friend, and drink all day, and divert ourselves with pleasant conversation.”

“And what hinders us,” said Cineas, “from doing exactly that right now, without going through all these troubles?”

Pyrrhus suddenly looked “troubled” and had no answer. Then he went ahead and invaded Italy anyway — without success. 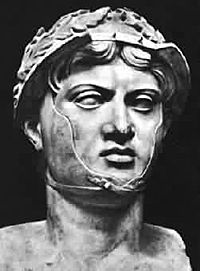