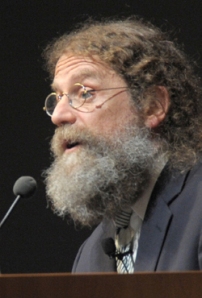 Beat me, said the masochist.

No, said the sadist.

We, Homo sapiens sapiens, are the only species that can understand the humor (ie, the meaning) of this conversation. It involves advanced versions of simpler concepts such as Theory of Mind and tit-for-tat. But the simple versions of those and other concepts are not unique to humans. So the definition of human really rests on marginal complexity.

Take 37 minutes of your time to watch Robert Sapolsky, a brilliant and hilarious neuroscientist at Stanford, as he analyzes what makes humans “uniquiest”. It is a prime example of making science accessible through storytelling.

The short of it: Almost all of the things that we used to think made us humans unique in the wild kingdom can in fact be observed in other species. Such as:

However, we humans exhibit these facilities with a twist — with an added layer of complexity.

(By the way, he refers to the same baboon study that I mentioned in this post, but could not locate. Does anybody have a lead?)