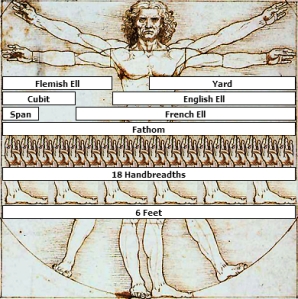 If you’re like me, you’ve been following with great concern the latest radioactivity measurements in various places, from Japan to the US West Coast. What an utterly hopeless task:

Is this a joke? How are you supposed to understand anything at all from this gibberish?

Well, yes it is a joke, of course, in the same way the entire universe is a joke (and a rather sick one!), as the apocryphal sage Murphy first observed:

Anything that can go wrong, will go wrong.

I once saw a booklet of addenda to Murphy’s Law. This week, I suddenly remembered one that seems germane:

Measurements will always be given in the least useful unit: Thus speed will be given as furlongs per fortnight.

Fortunately we have Mr Crotchety, who sent me this chart which, if correct, puts it all in some perspective.