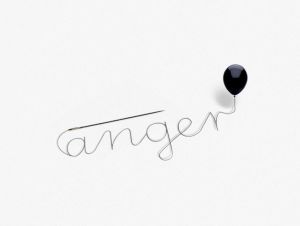 After a few days during which my children had a monopsony on my attention, I am now browsing through the Reader Letters I got in response to my two articles in the Christmas Issue of The Economist. There were a lot!

I want to respond at length to some of the more thoughtful ones, because there is a theme. But in this post, I simply want to share with you a cavalier smirk at … the tone of those letters.

I’ve been getting and reading Reader Letters throughout the more than twelve years I’ve been writing for The Economist. Because I’ve changed beats and location, the demography of the writers has changed during that time. I used to get a lot of ‘Asian’ letters, for instance, then a lot of ‘techie-geekie’ letters, and now a lot of ‘American’ letters.

Speaking only of the latter category, I might generalize that 60% of my mail now serves only one purpose: to inform me that I am:

Furthermore, that I (as well as The Economist generally, along with all ‘the media’) pursue an insidious ‘agenda’. That agenda is usually

Every now and then a letter writer manages to accuse me of both excesses simultaneously (on top of ignorance, see above, which is a constant).

For example, one New Yorker has taken the trouble this week to write separate letters in response to each of my articles (I have linked to those pieces elsewhere. They’re not the point here.)

In one letter he informs me that

… Minorities have more than enough protection. I have ben practicing law for 40 plus years and am amazed that a magazine of the Economist’s stature would allow the drivel contained in “The Tyranny of the Majority” to be spread on its pages. Is the Economist afraid to print a dissenting opinion from its gay activist orthodoxy?

In his other letter, he suggests that

The author of this Socratic exegesis should have his head examined. He does not define “values.” He is untruthful, ignorant. … The author of ARGUING TO DEATH, like the Economist itself, owes readers facts, not legal-sounding fabrications and unelucidated jibberish [sic] gussied up as “values.”

And thusly, a Happy New Year to all of you. More gibberish anon from your favorite ignoramus. Check in often in 2010 so you miss none of the drivel.

Well, things change when you take a new beat, as I recently did (and as we regularly do at The Economist). In this case, I switched from a rather geeky beat–Silicon Valley–to a more general beat–politics and society in the Western states. Mostly, I’m thrilled about this new, and much bigger, hunting ground. But it comes with, shall we say, rather different reader letters.

Our reader letters at The Economist can be witty but tend to be flamingly, aggressively, rantingly, lividly hostile. What varies is the level of sophistication. Some readers really know what they are talking about, and really know The Economist, and eviscerate us effectively and brutally.

Others are, well, just plain amusing.

Here is one of the dozen or so I am perusing this morning, all informing me of my wanton and despicable ignorance and depravity. This particular letter writer reminds me that one of my recent articles

once again shows the elite arrogance and display of socialist bias on the part of The Economist.