The Center for Land Use Interpretation (CLUI) is a fascinating and provocative outfit and has so much to say — albeit in an oblique way — about America, as I said in the previous post.

Who else would study, with the same quasi-scientific rigor and implicit irony, the following?

And yet, we decided not to run a piece on it in The Economist. At least for the time being. 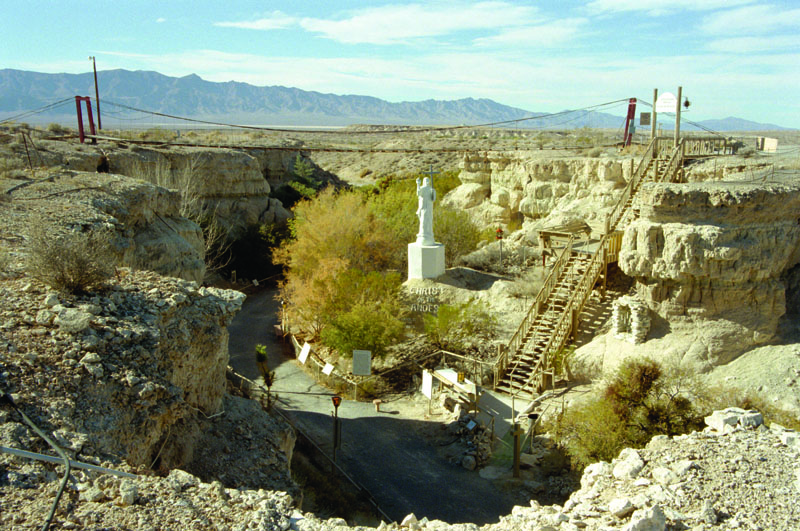 Specifically, the issue involved all of the writerly themes that you guys and I have been writing about:

Here is what happened

After my visit to the CLUI, I did indeed write a draft, at about 700 words, for our US Section. And I sent it off.

I had an unsure feeling. I felt that I had not done justice to the CLUI or the places I had chosen as examples.

Our pieces in The Economist are short, and they are best when they compress complexity into a dense and yet simple and forceful narrative. The CLUI, however, seemed to need the opposite: not to be compressed but to be expanded and developed. It seemed to need length.

Worse, I had not spotted an underlying narrative in the CLUI (or the Museum of Jurassic Technology, for that matter) at all. This, in fact, is my criticism of the CLUI: They are so meticulous about their neutrality that they forget to do storytelling.

So I felt that to do this justice, I would have had to make it a humorous-but-profound story about a search for something elusive.

When you’re searching in vain, the story is about doubt, uncertainty, futility. Not things that The Economist is naturally good at, even though I excel at them personally. 😉

To be really fun, moreover, a search narrative would have to be about me, the searcher. Me looking for answers and getting confused. Me on a CLUI bus in the desert with other searchers…

The First Person: Definitely not something that The Economist is naturally good at. 😉 😉

(Since we have no bylines, we also have no First Person. It is banned. The most you might see is “As your correspondent took his seat…”. Yuck.)

Conclusion: This really wanted to be a New Yorker piece.

A few weeks later, I got an email from my editor. He essentially said the same thing:

The problem with the piece as it stands is that it poses a lot of questions, but does not answer them. I appreciate that that is part of the philosophy the point of the CLUI, but it doesn’t really satisfy as a US section article. It reads too much to me like a long list of interesting and not-so-interesting places…

What is it, in fact, that we learn about American culture from the landscape, other than its uses are many and various? That America (like every other country) cherishes, abuses and neglects its physical space? …

I think this piece could benefit from being longer… Such a longer and more narrative piece would not, I think, work in the US section.

In a way, this was reassuring: My editor and I had come to exactly the same conclusion independently.

There was another upshot: Another editor had read it and expressed interest in a longer and more narrative version for our Christmas Issue, the one occasion every year when we really let our writerly hair down.

Did I want to expand the piece for the Christmas issue?

This is when experience kicked in (13 years at The Economist now).

My experience told me that it was time to move on.

I did a risk-benefit analysis. I could sink a lot more time and effort into this story in the hope that a forceful narrative might emerge out of it. Or I could write the many easy and obvious stories that were offering themselves to me like streetwalkers.

In case you’re wondering, there is pressure on us to perform. We’re supposed to write something in every issue, on average. In fact, the last sentence in that same email from my editor was:

PS: that said, I am therefore in the market for a piece from you next week! Can you call me on the mob once you’re up and about?

And so I moved back into streetwalker alley, where it has been easy pickings and obvious stories since.

14 thoughts on “Perhaps not one for The Economist”